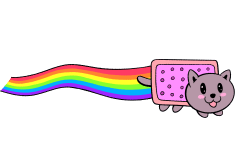 Trade and payments have been flourishing in Australia long before the establishment of the first “bank”. Evidence suggests Indigenous populations were trading with Indonesian neighbours prior to European settlement (1). There was even 900 year old coins from Africa discovered on NT beaches during WW2 (2).

Fast forward to 1788 and Britain is looking for a fresh start after being kicked out of the US via the American Revolution. It was decided Australia would be the perfect spot for their new penal colony. As would be expected, currency was in short supply with no banks to issue notes. A wide range of international currencies circulated the economy including the Indian Rupee & Dutch Guilder (3).

There was issues retaining enough currency within the colony to function. One of the economic policies introduced tried to solve this by artificially inflating the value of British coins within Australian borders (4).

A short-term solution came from the Commissariat. Its function was to provide essential supplies like food and building materials to the population (operating as part of the British empire). Goods produced by settlers were brought here and they were given a “receipt” which acted as the first official publicly usable currency (5).

The need for a more structured monetary system was glaring. In 1812, Governor Lachlan Macquarie made an attempt to bring more currency into circulation. 40,000 Spanish Reales were imported and the centre of each cut out to provide more coins (aptly named the holey dollar). These were given a corresponding value to British coins (6).

The first bank launched in Australia was the Bank of New South Wales (now Westpac) in 1817. It only took 5 years for the first case of corruption to occur, a cashier was tried and convicted of embezzlement in March 1822 (7). Even 200 years ago it seems banks were regarded with an element of mistrust by both the public and government.

Two types of banks emerged in the years following;

In 1851 gold was discovered in NSW, resulting in mass migration to the region and large amounts of unrefined gold circulating the colony. To take control of the economy a branch of the Royal Mint was established in Sydney (1855). Gold was received and processed into coins at this location (8).

Following the gold rush, the next few decades were a big boom period. British capital flowed into the growing agricultural industry and urban land development. As can be expected this didn’t last forever, overproduction of wool and rampant speculation of development led to a major economic crisis in the 1890s. Many of the nations banks collapsed due to insufficient reserves (9).